Like so many before him, the Dutch guitarist / composer Eugène den Hoed started playing electric guitar in the pop- and rock scenes. He discovered the classical guitar around the age of twenty, and was lured into eighteenth, nineteenth and twentieth century guitar music besides his existent love for ‘Blues and Beyond’. Tjaard Olthuis became his first guitar teacher at the Municipal School of Music of his home town Bergen op Zoom, The Netherlands. After obtaining his musical certificates for guitar in the levels A, B and C he was admitted into the Conservatory of Brabant in Tilburg, where his main teachers were to become Jan Goudswaard and Uruguayan guitarist Baltazar Benítez. In his very first year of study (1970) he was appointed guitar- and part-time flute teacher at the same institution in which he started to study the classical guitar. He has written and arranged many pieces for the guitar and his creations have been published since 2001 by Iduna, Evocation Music Publishing (EMP), Les Production d’Oz and Bergmann Editions. He recorded the most of his own compositions as well. 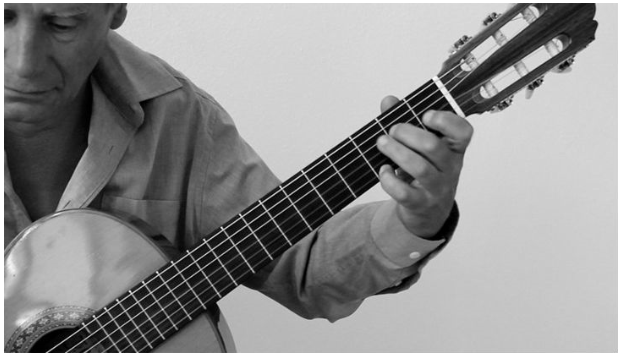